Unfortunately, there's not much that connects these photos. The most enjoyable part of this project was looking through (relatively) old photos that I had taken. The most challenging part of this project was leaning Mapbox's JavaScript library. It will be useful in the future though, because the Jacket will probably have a use for it in the future with any upcoming investigations.

Here's the JavaScript, the CSS, and the HTML that went into making this.

Parallel lines cut by a transversal 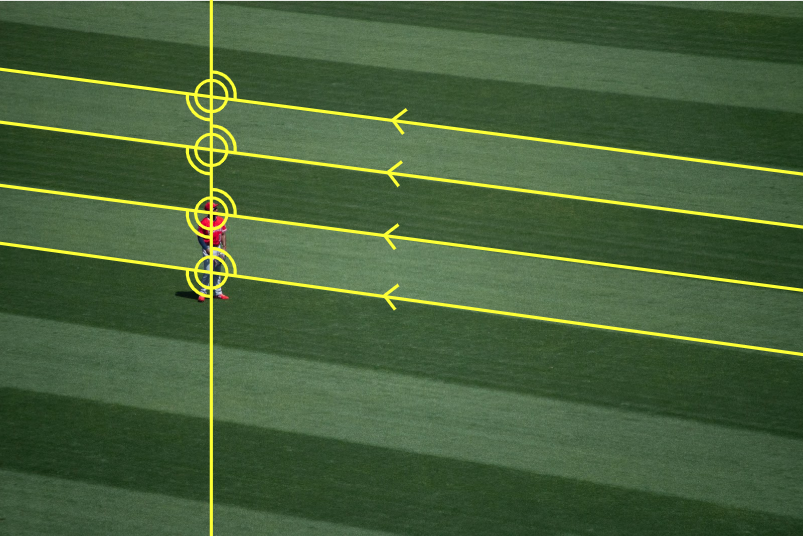 Los Angeles Angles Angels left-fielder Brian Goodwin cuts parallel lines formed by the the carefully mowed field as he waits for the Oakland A's to actually hit the ball. The parallel lines are indicated by

and the congruent angles are indicated with variations of 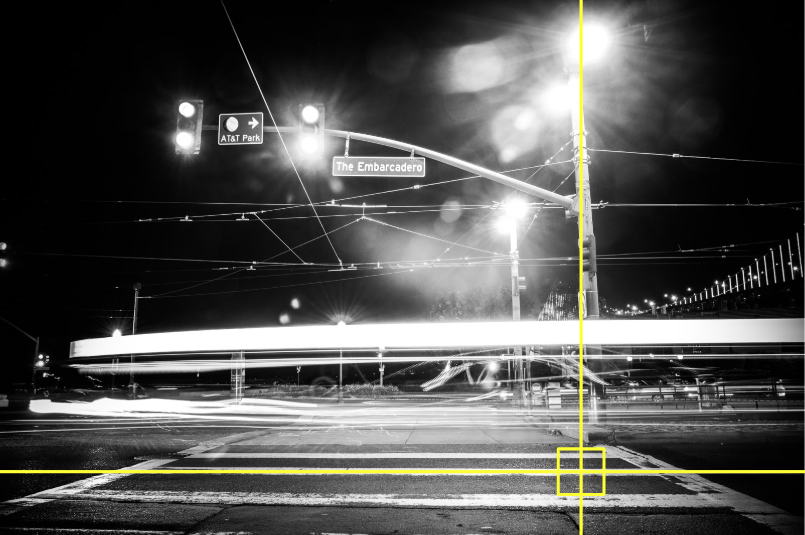 The lines created by the crosswalk and the light pole are perpindicular, because they intersect at a 90° angle. The four right angles created by this are indicated as

. This photo was taken in the Embarcadero neighborhood of San Francisco. It's not my best night photo in San Francisco, but it demonstrates geometry. 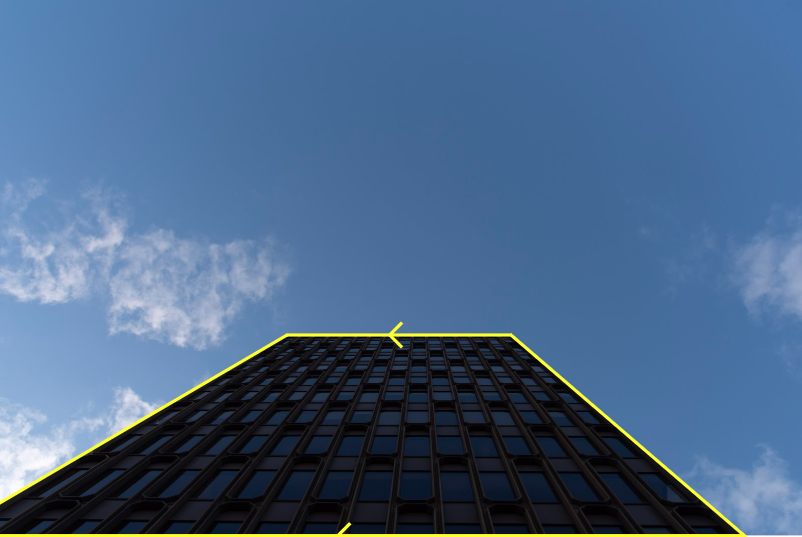 The Skydeck building (the big brown one Downtown) forms a trapezoid when photographed from the base. A trapezoid has one pair of parallel lines, which are marked in my image with a

icon. Did you know that in the United Kingdom, a trapezoid is a quadrilateral (four-sided shape) with no parallel sides? 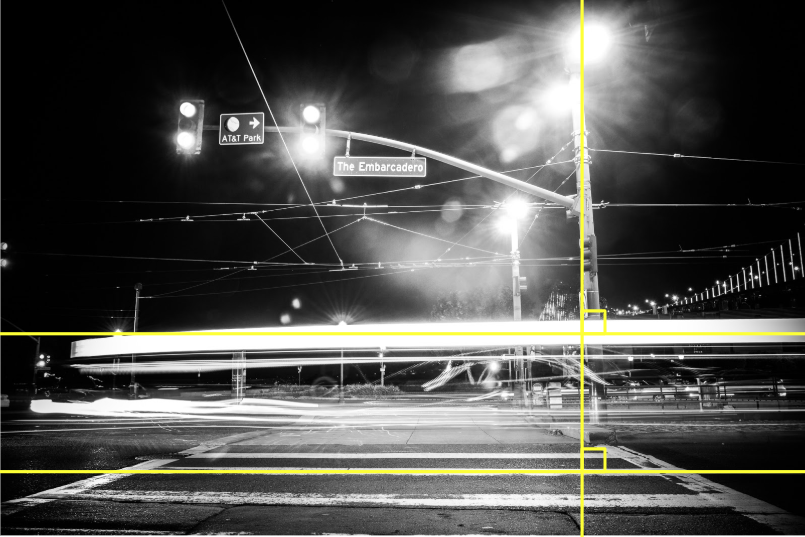 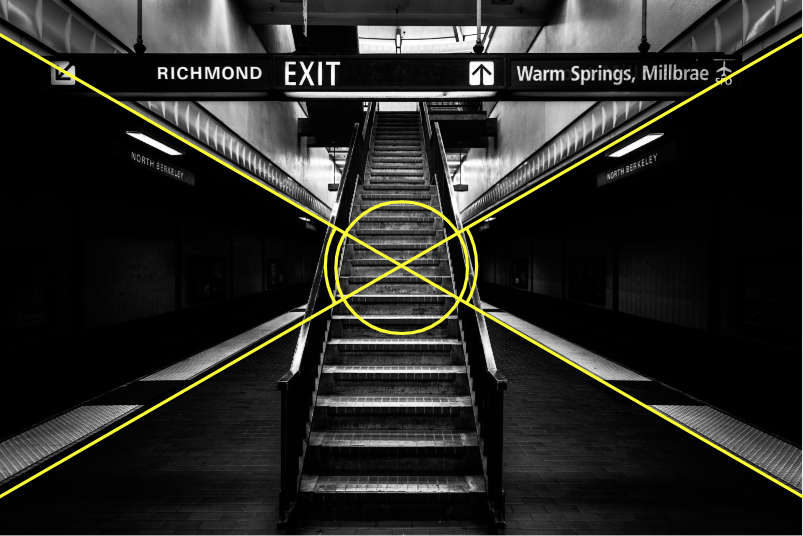 Vertical angles are pairs of angles formed by two angles opposite eachother at the intersection of two lines. The two platforms at the North Berkeley BART station demonstrate this. The two pairs of congruent angles are marked with 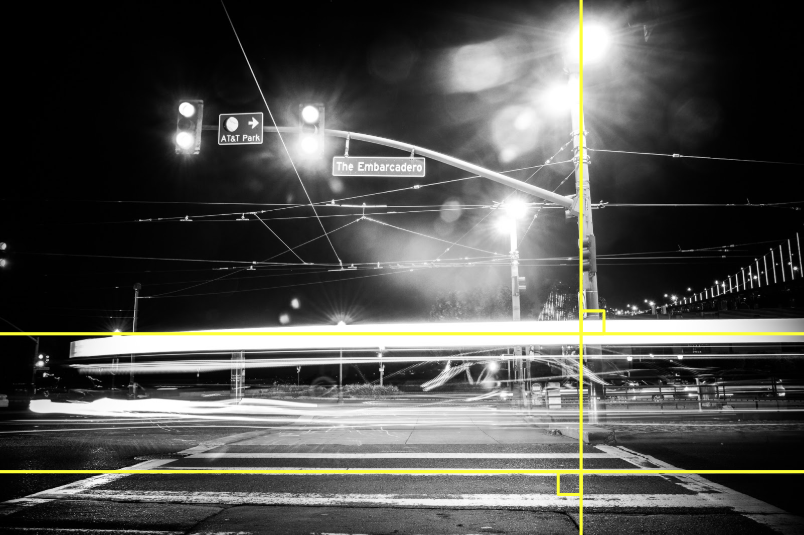 Alternate exterior angles are two congruent angles that are on opposite sides of a transversal and on the outer sides of the parallel lines intersected by that transversal. The photo from the Embarcadero shows this as well. The congruent 90° angles are shown as 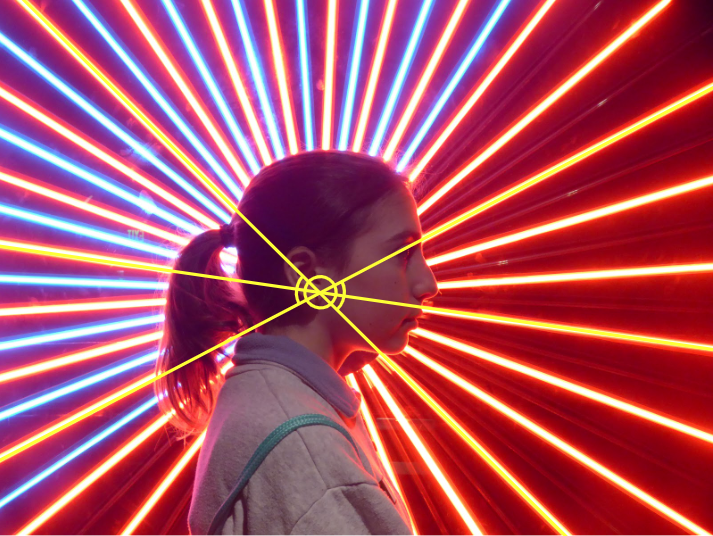 An angle bisector intersects an angle, leaving two congruent angles. Two lights intersect on top of my friend Alice's head, where they are bisected by a third line. Three (or four) vertical angle pairs are formed. The angles are marked with variations of

. This photo was taken at the Exploratiorium at Pier 15. 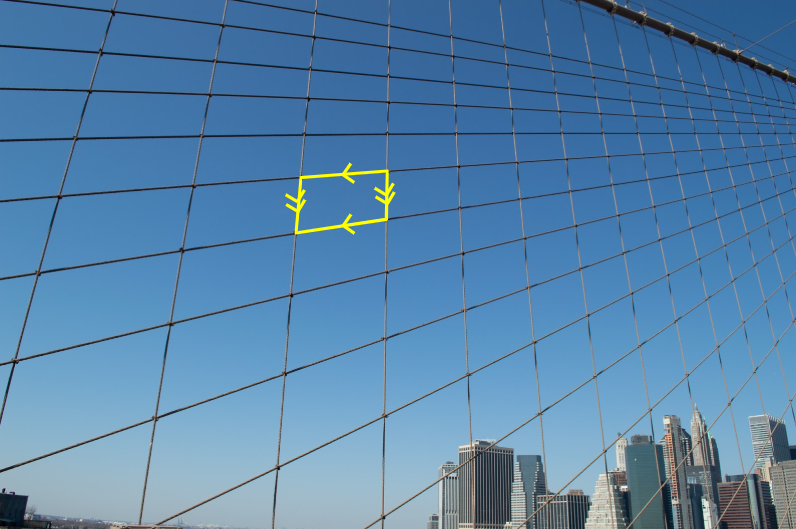 A parallelogram is a quadraliteral where opposing angles are parallel. That means that there will be two sets of parallel lines. The parallel lines are marked with variations of this symbol on my image:

. This parallelogram was formed by the cables supporting the Brooklyn Bridge. You can see the skyscrapers of Manhattan in the background. 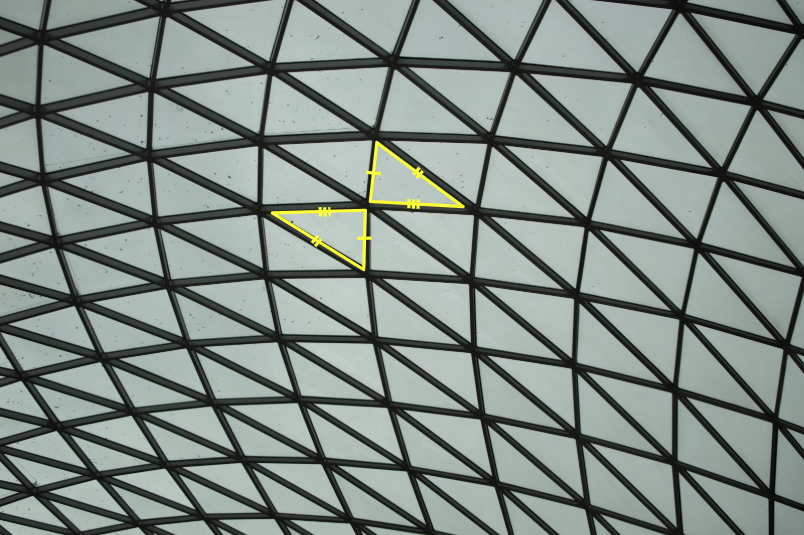 The roof of the Queen Elizabeth II Great Court at the British Museum in London, England is made up of hundreds of congtuent triangles. The two triangles I chose are congruent by SSS (side-side-side). The congruent sides are marked with variations of 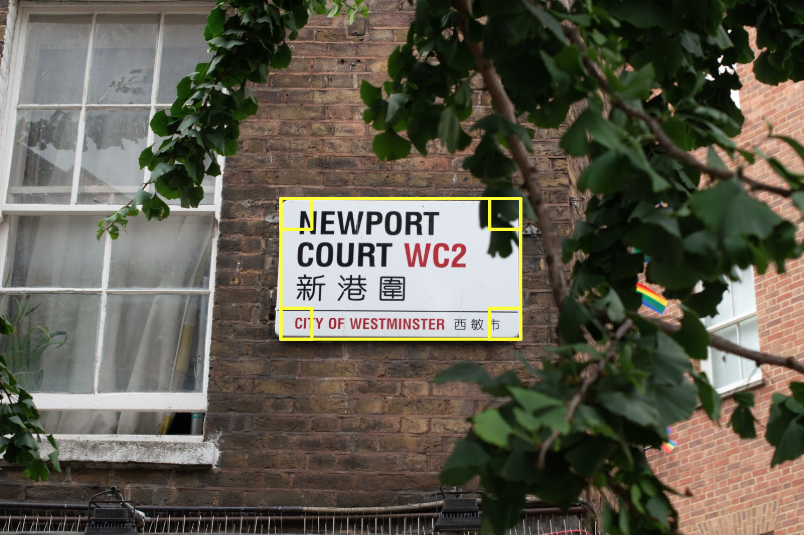 Finally, the street sign on the wall of a building in London's Chinatown is a rectangle because it has four 90° angles. That's really the only requirement for a rectangle. As a result of the four 90° angles, the opposite sides are parallel and congruent. This street sign is part of a collection of street signs I photographedd in London. It was mounted on the short wall you can see on the map.